We offer frequent opportunities to gather and learn, or occasionally just have a really good time. Check back here for upcoming opportunities, or sign up HERE to join our newsletter and receive invitations directly.

Signature Wealth Management invites you and your guest(s) to join us as the Wayzata Area Chamber of Commerce presents a Conversation on Global Warming and Climate Change with two powerhouse speakers, Will Steger and Don Shelby!
Date: January 30, 2020

Don Shelby is a 50-year career journalist. He is widely considered the most decorated local anchor and investigative reporter in the country. He has won three National Emmys and The Distinguished Service Award from the Society of Professional Journalists. He has twice won the George Foster Peabody Award, the broadcast equivalent of the Pulitzer Prize. He was inducted into the Broadcasters Hall of Fame and is in the American Academy of Television Arts and Sciences Silver Circle. As the originator of the WCCO-TV I-Team, he covered government corruption, crime, social issues and malfeasance and misfeasance in politics. In the last 15 years of his 32-year stint at WCCO-TV, he turned his investigative reporting skills to the question of Global Warming and Climate Change. 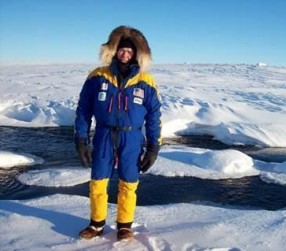 Will Steger is a formidable voice calling for understanding and the preservation of the Arctic, and the Earth. He is best known for his legendary polar explorations and he has traveled tens of thousands of miles by kayak and dogsled over 50 years, leading teams on some of the most significant polar expeditions in history.

Securities and investment advisory services offered through SagePoint Financial, Inc. (SPF), member FINRA/SIPC. SPF is separately owned and other entities and/or marketing names, products or services referenced here are independent of SPF. SPF does not provide tax or legal advice.
This communication is strictly intended for individuals residing in the states of AK, AR, AZ, CA, CO, FL, GA, HI, IA, IL, IN, KS, KY, MA, MD, MI, MN, MT, NC, ND, NE, NJ, NV, NY, OH, OK, OR, PA, SC, TX, VA, VT, and WI. No offers may be made or accepted from any resident outside the specific state(s) referenced.
PLEASE NOTE: When you link to any of the websites displayed within this website, you are leaving this website and assume total responsibility and risk for your use of the website you are linking to. We make no representation as to the completeness or accuracy of any information provided at these websites.